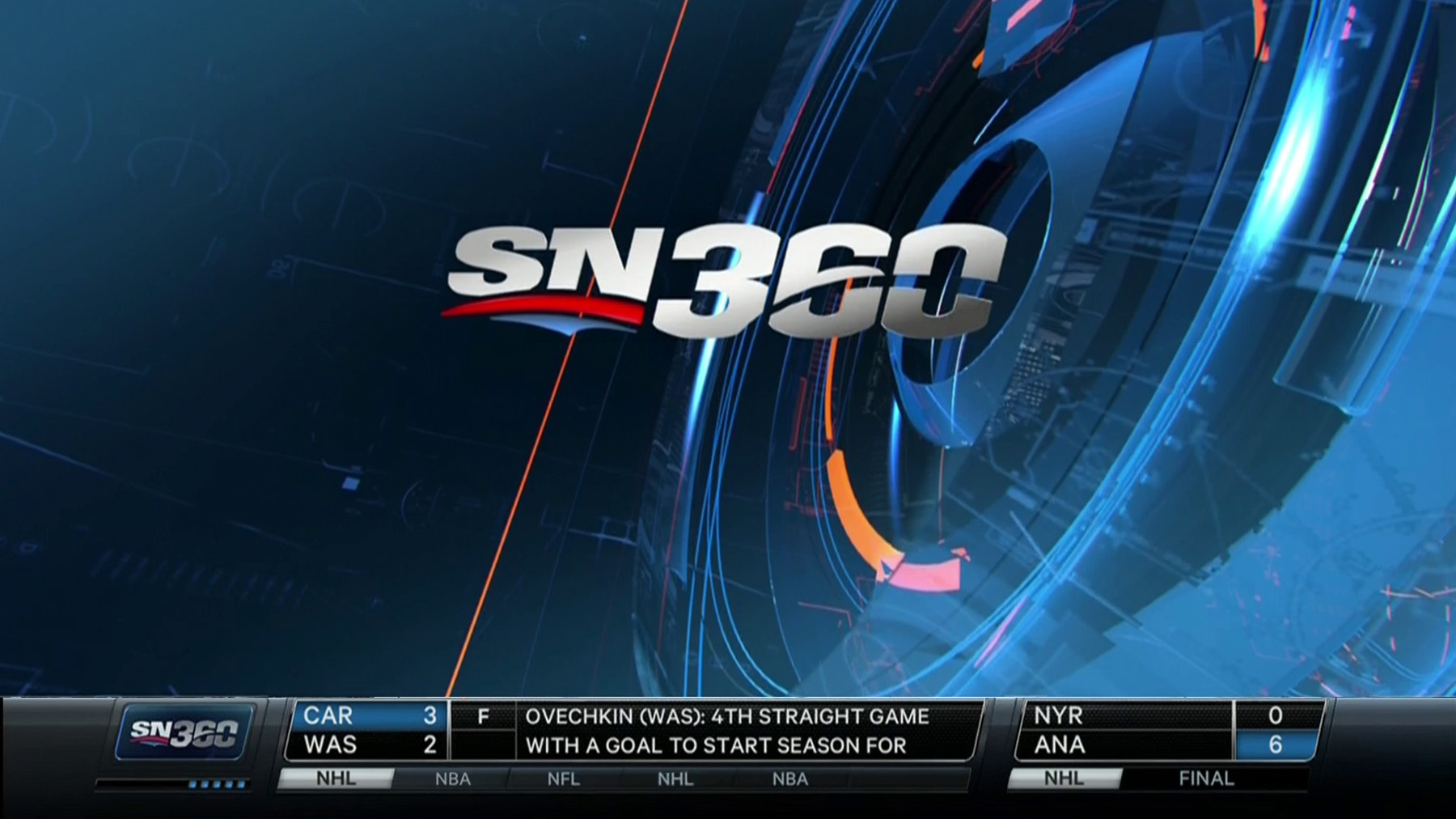 Rogers Sportsnet has been fighting it out with Bell’s TSN for top prize in the Canadian sports broadcasting landscape. After purchasing the broadcast side of The Score, they wanted to combine The Score’s legendary ticker with the less ambitious tickers Bannister Lake had created for Sportsnet for many years. With 7 channels and their unique ticker requirements, Sportsnet was looking at a single solution to drive them all in an efficient manner while not increasing the operator head count. 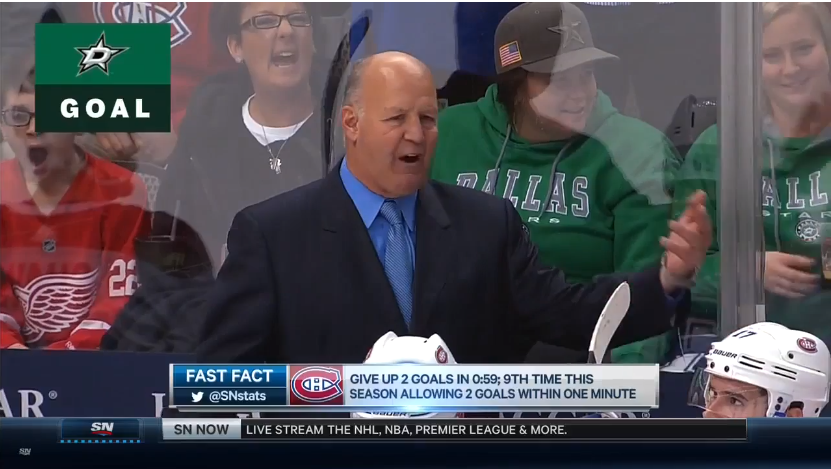 The 4 regional channels, Sportsnet East, Ontario, West and Pacific continue to provide a ticker with a regional flavor focusing on information for the region while showing all the national information. These tickers are displayed in a compact fashion to allow the video to dominate. 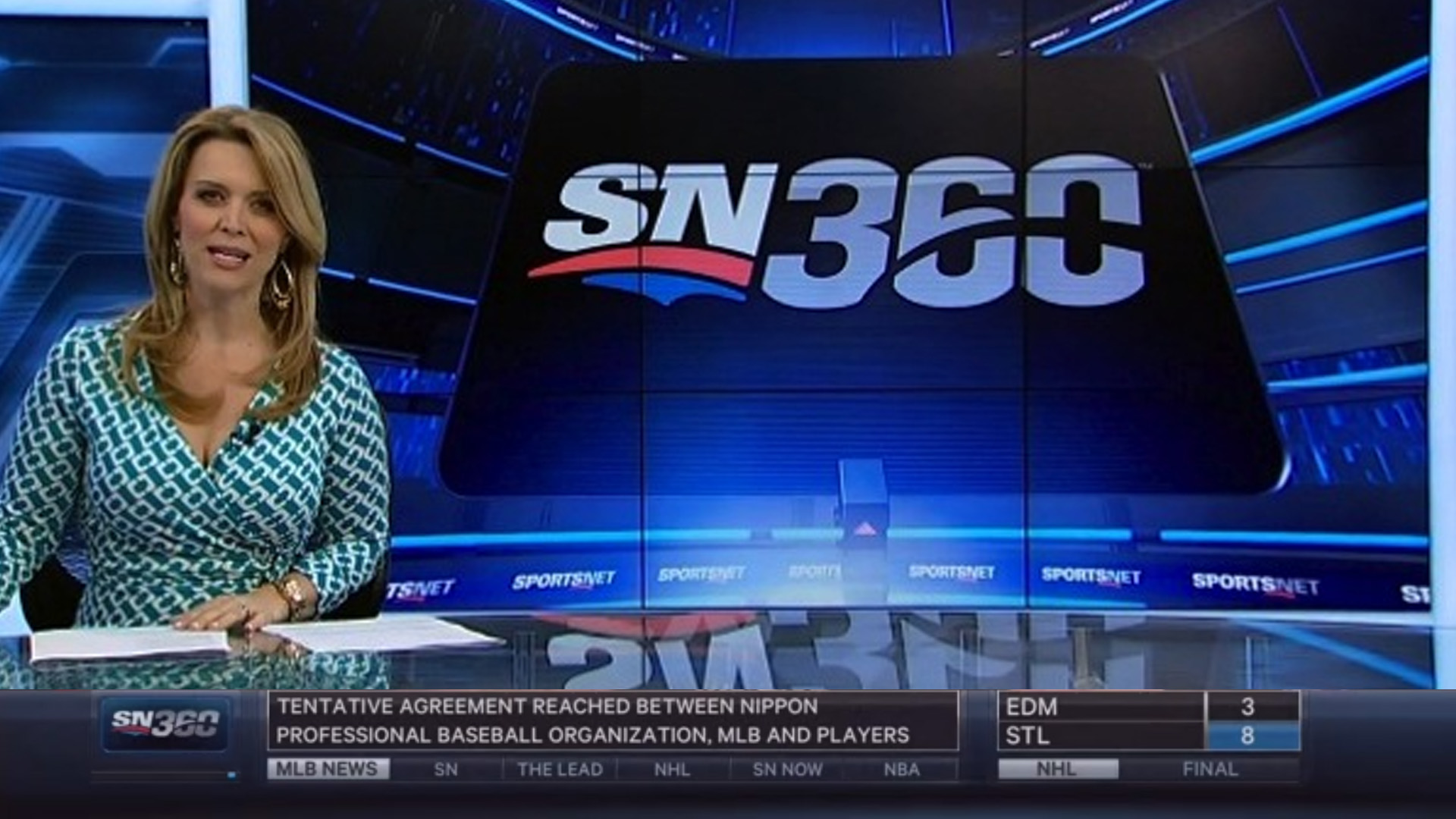 The newly imagined Sportsnet 360, taking its lead from The Score, became a channel which showed its ticker all the time including commercials and live events. This ticker had more information including betting odds on games and displayed its information in a taller format. This is the channel where hardcore sports fans tune into

Sportsnet One is the national channel while Sportsnet World focuses on world sports like cricket, soccer and rugby.

Super Ticker (now morphed into Chameleon with the inclusion of branding from Brando) became the ideal system to drive these diverse tickers. With a small team of operators organizing the rundowns for these channels, Sportsnet was able to deal with the hectic pace of sports data. While a great deal of the work is automated, Super Ticker’s web interface Flow became the platform for creating the added news that goes into the world of sports and the games and events that drive it. 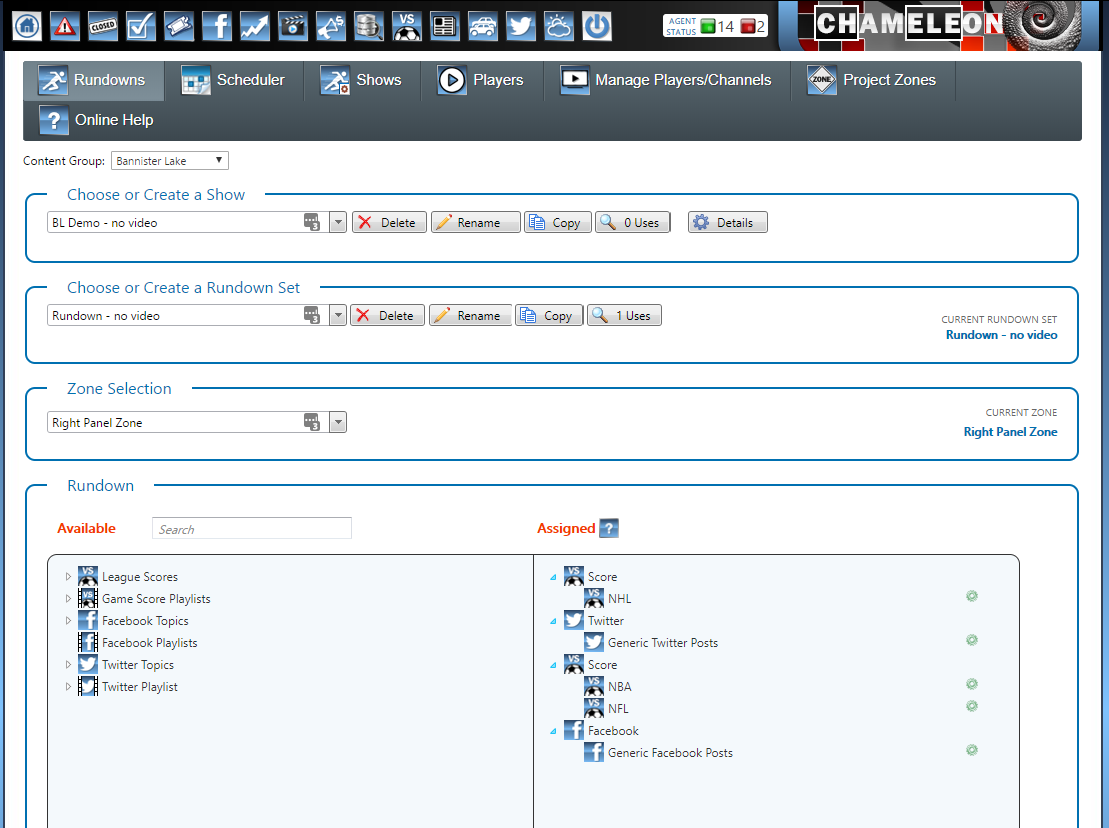 Super Ticker’s content management was key to success; one database and a multi-user web interface. Super Ticker allows organizing data in a way where the channels can pick and choose their rundowns to include national and regional data.