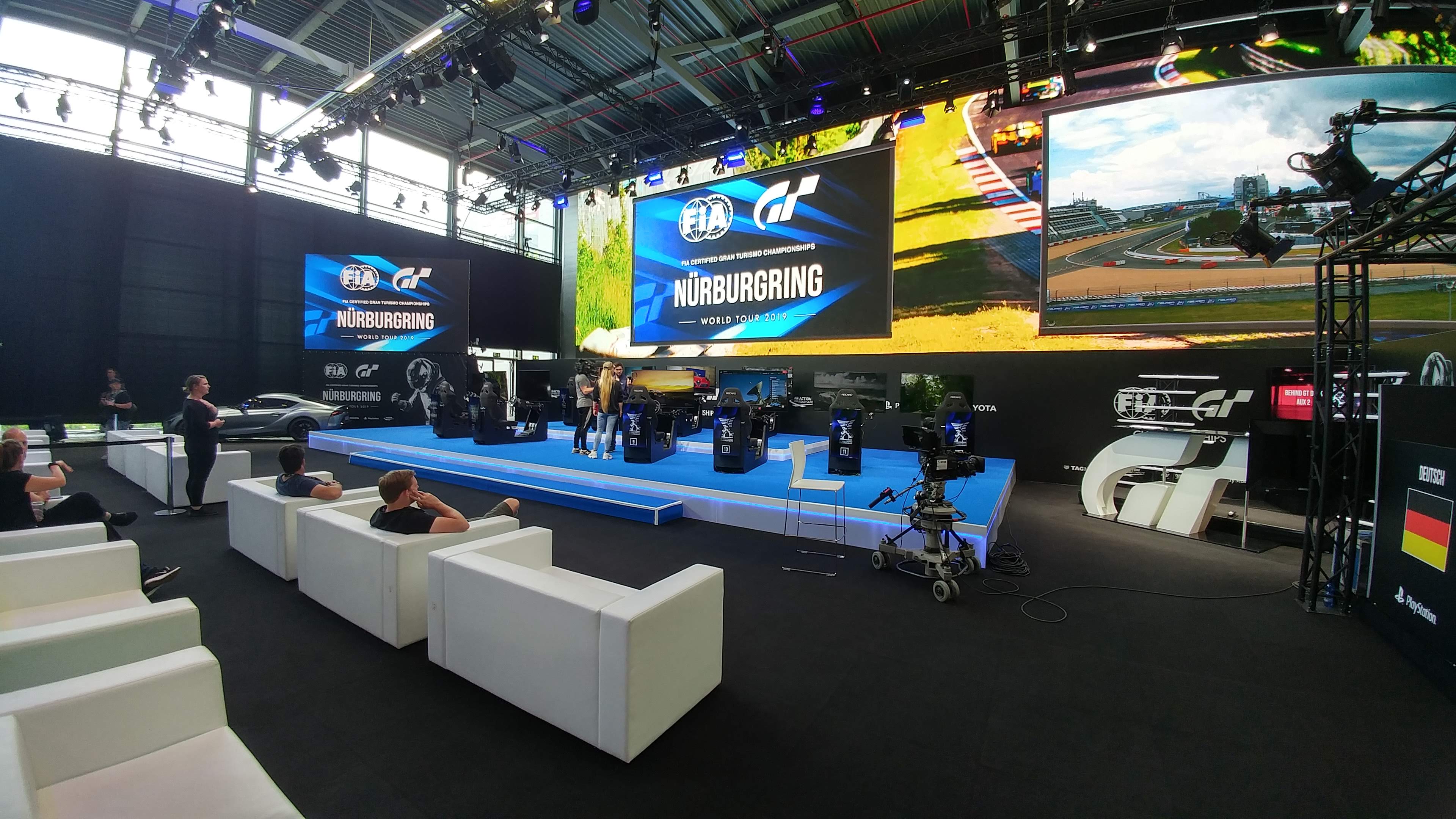 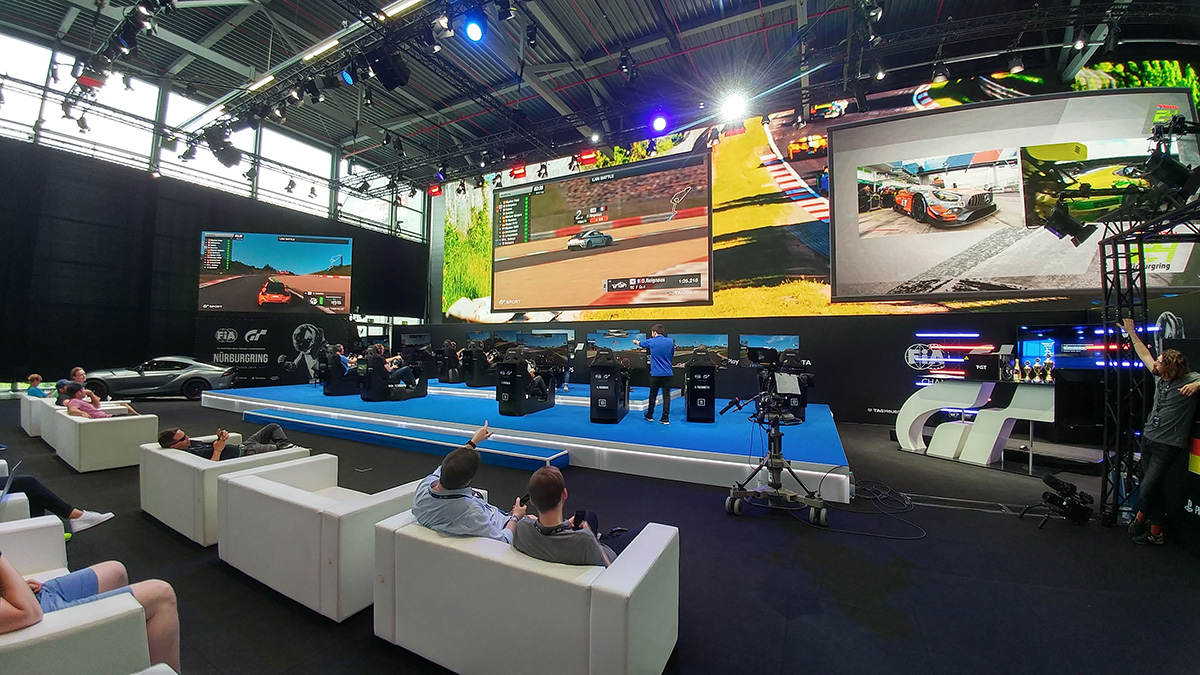 World Tour 1 took place in Paris in early March with Tour 3, New York happening in August, Tour 4 in Salzburg in September and Tour 5 in Tokyo in October.    That said, the focus of this blog isn’t on the tournament and work itself, but rather the adventure that goes along with it.

We’ll start with the race itself.   Race enthusiasts I’m sure are quite familiar with the ADAC 24h race, but for those who live in a bubble in North America, we might not be aware of this race that takes place over 24 hours in the middle of nowhere Germany.  Some 200,000 people come by to partake in this event, and catch a glimpse of these 200 vehicles driving at 200+ km/h for a full 24 hours. 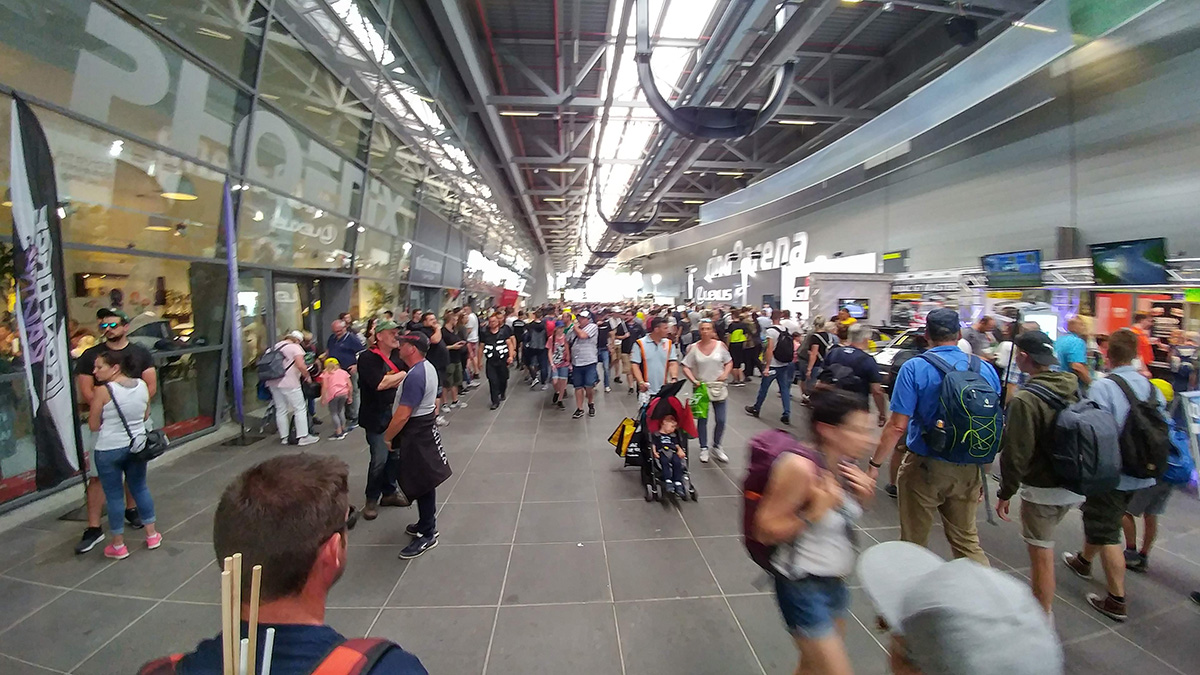 You can wiki this info, but I’ll provide a Coles Notes version of it.  The race comprises of around 200 vehicles, with a minimum of 2 drivers/maximum 4 drivers participating.  Each allowed to drive for 150 mins with a 120 mins break in between drives. A single lap is around 28km give or take a few meters, and the winner is the team that drives the longest in distance over that 24 hour time period.   Past winner and record holder drive up to 158 laps… which equals driving from Halifax, through Montreal, to New York and finishing in Fort Lauderdale, Florida.. Or… driving from NYC to Las Vegas. In 24 hours. 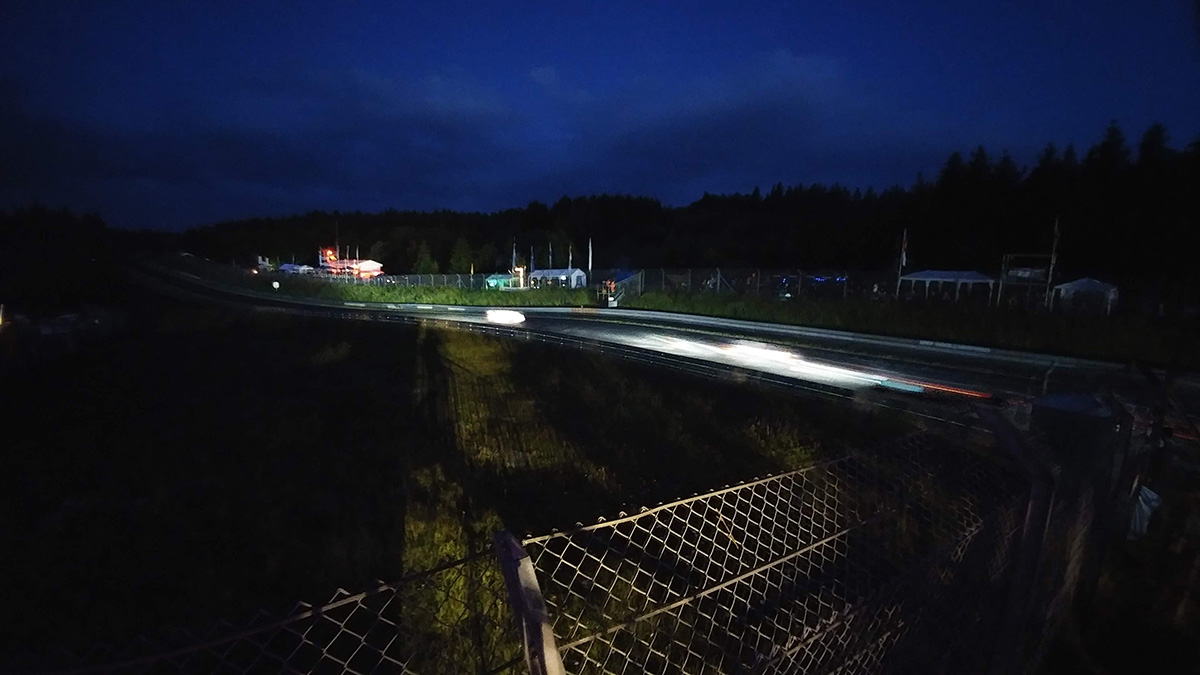 By my calculations, at about 11l/100km… that’s around 440 liters of fuel used per car, totally 89,000 liters of fuel.  And I was told about 200 tires per car are used throughout the tournament depending on conditions. That seems high, but what do I know.

As I mentioned, there are around 200,000 visitors in attendance, 60,000 parking spaces available, 1.5 million square meters of camping sites, with 146 showers, and 680 mobile toilets positioned around the track.

Because this takes place, pretty much,  in the middle of nowhere, the production staff including myself stayed about 20 mins away at a campground.  Convenient, but with very little nearby in terms of amenities. 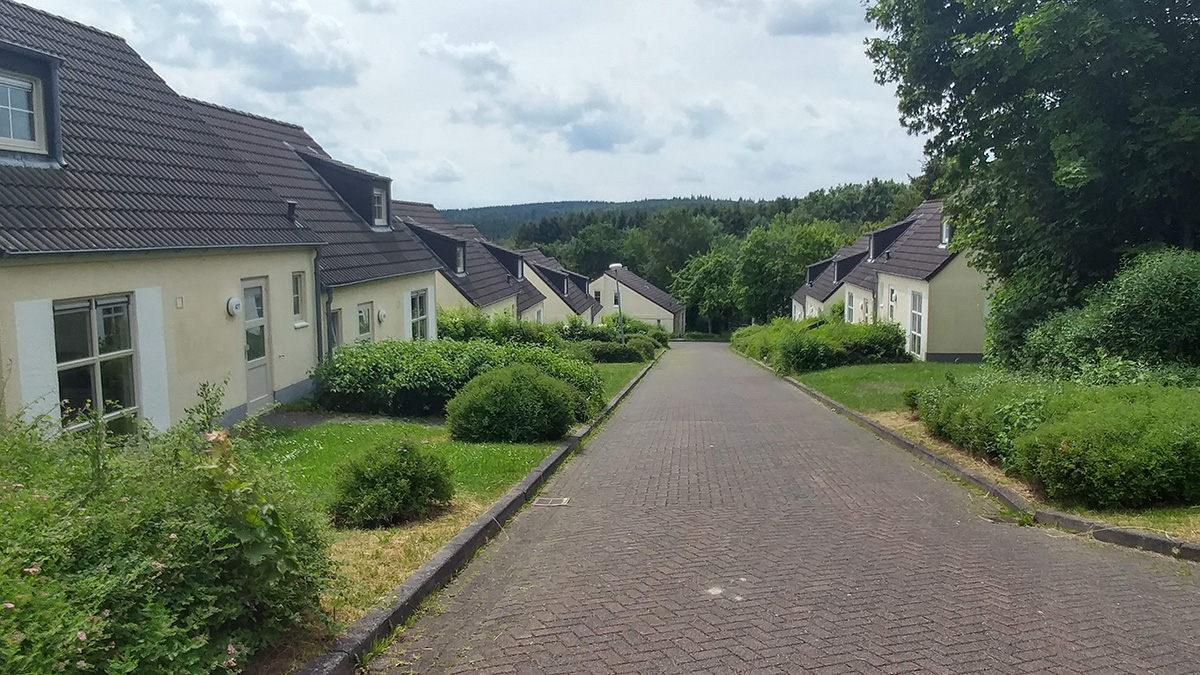 The days were long as is usual for this type of production.   But what makes it worth it, most of the time, is the after party. At other tours the after party usually takes place at the tournament’s location.  But for the Nürburgring stop, the party was even further in the middle of nowhere. 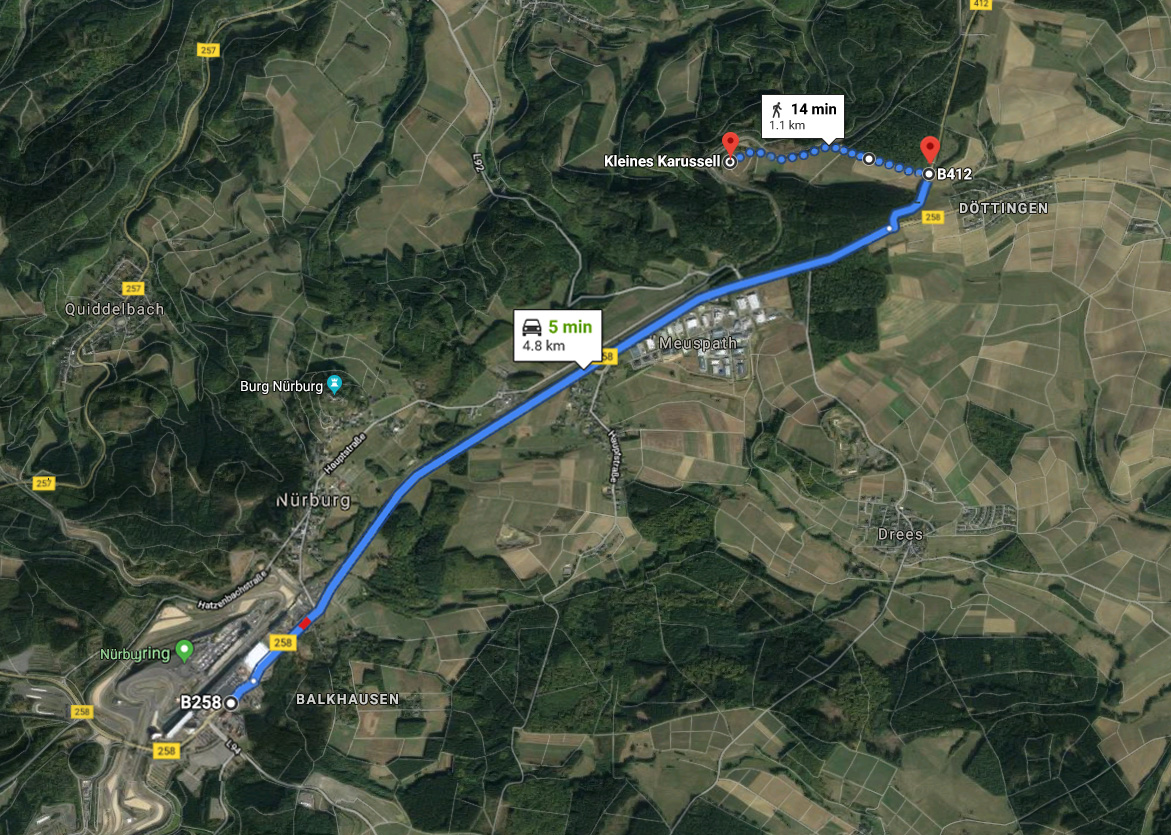 About 5 km away from the stands and venue, the crew took a bus to a parking location.  Once there, we arrived at a field 100,000 sq meters in size. We needed to walk to the grounds for about 1km. 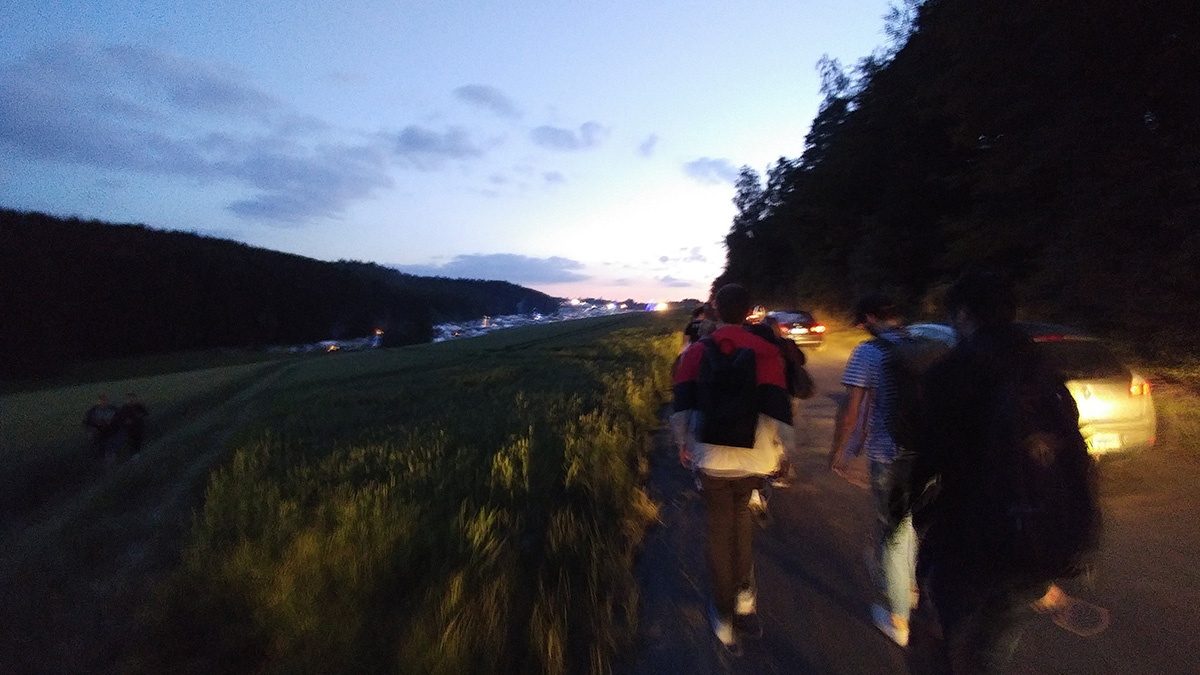 Surrounded with thousands of people celebrating, playing discotech music, firing fireworks every few minutes, all the while, fast cars whizzing by every few seconds. 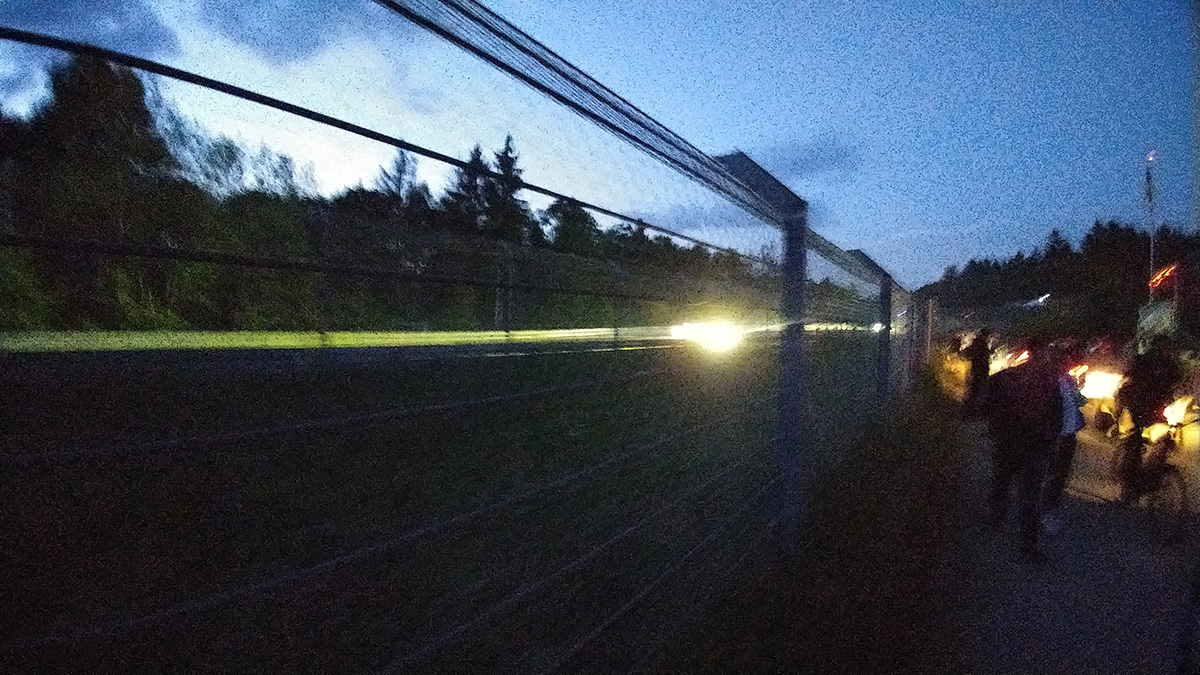 Pure tailgating style partying, along with bbq food was served at our GT chained fenced location, where all the players, organizers were enjoying their time watching the cars go by. 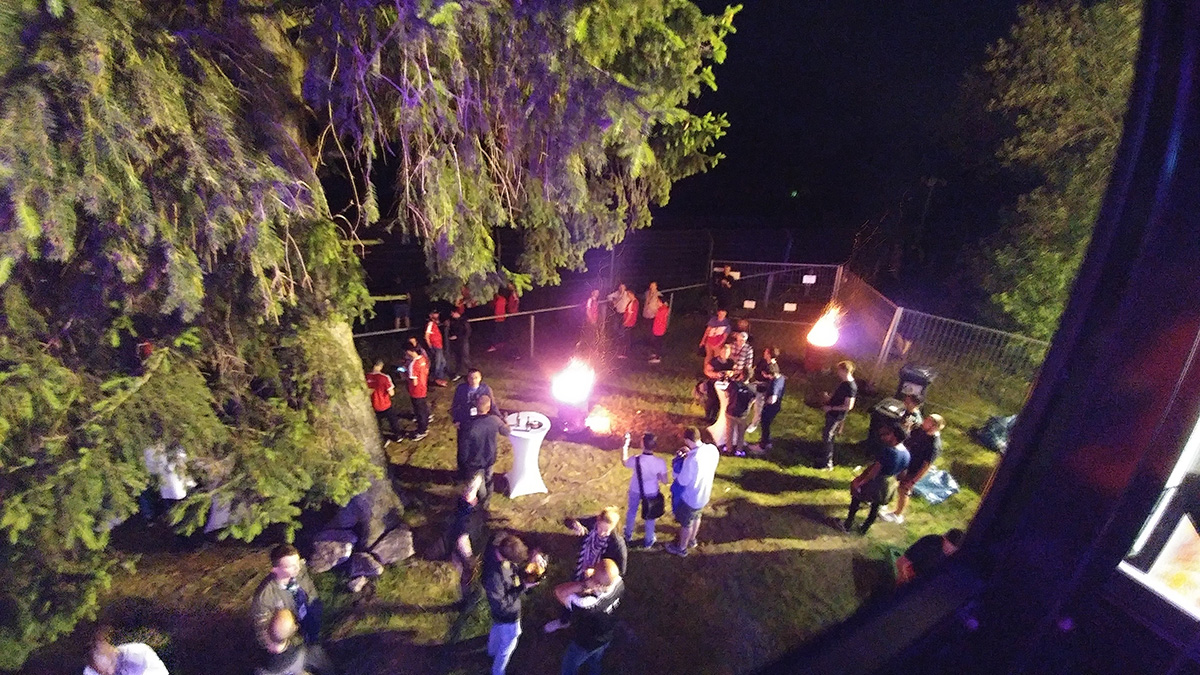 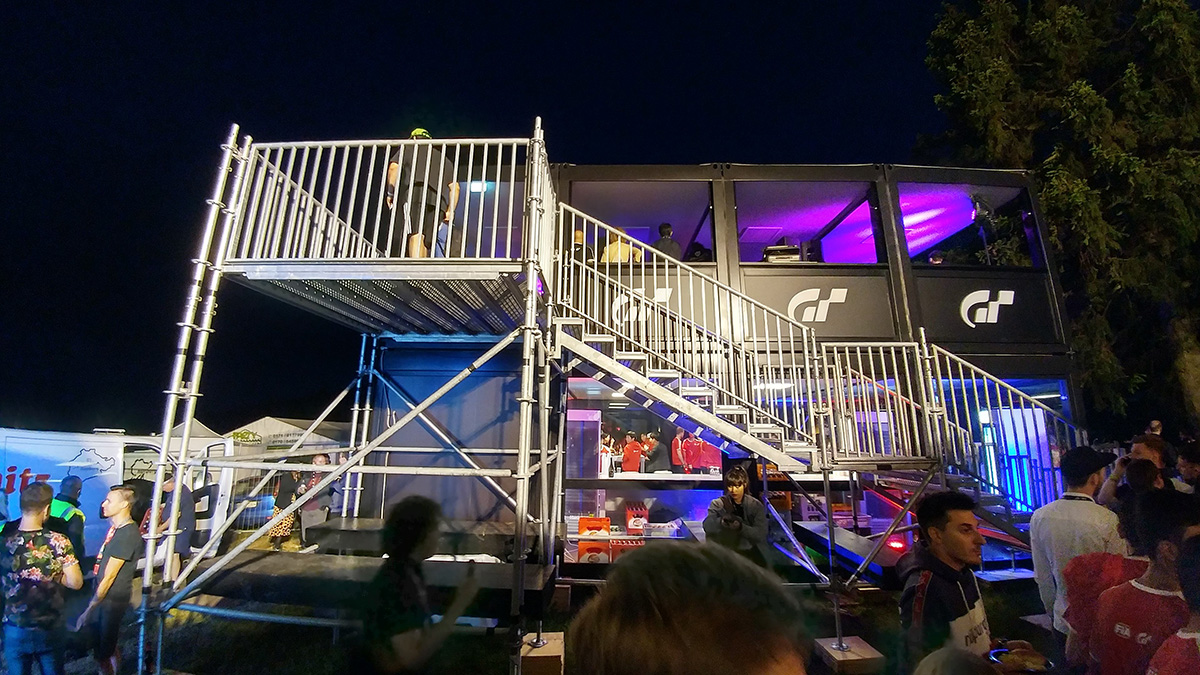 The always talented DJ Lenny Ibizarre was again the entertainment at this after party offering a wide range of dance music while providing some dance moves of his own.

I, as always, had a great time with the Boombox crew. 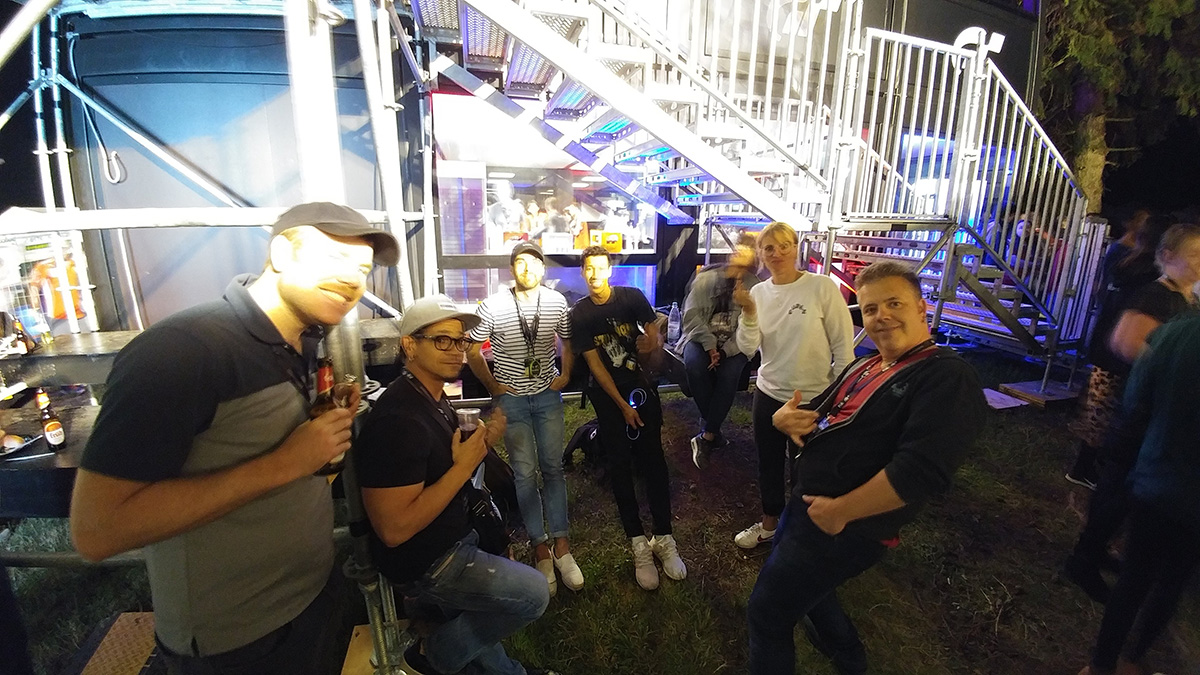 A thank you to PDI and Kazunori Yamauchi for again, making this tournament happen. 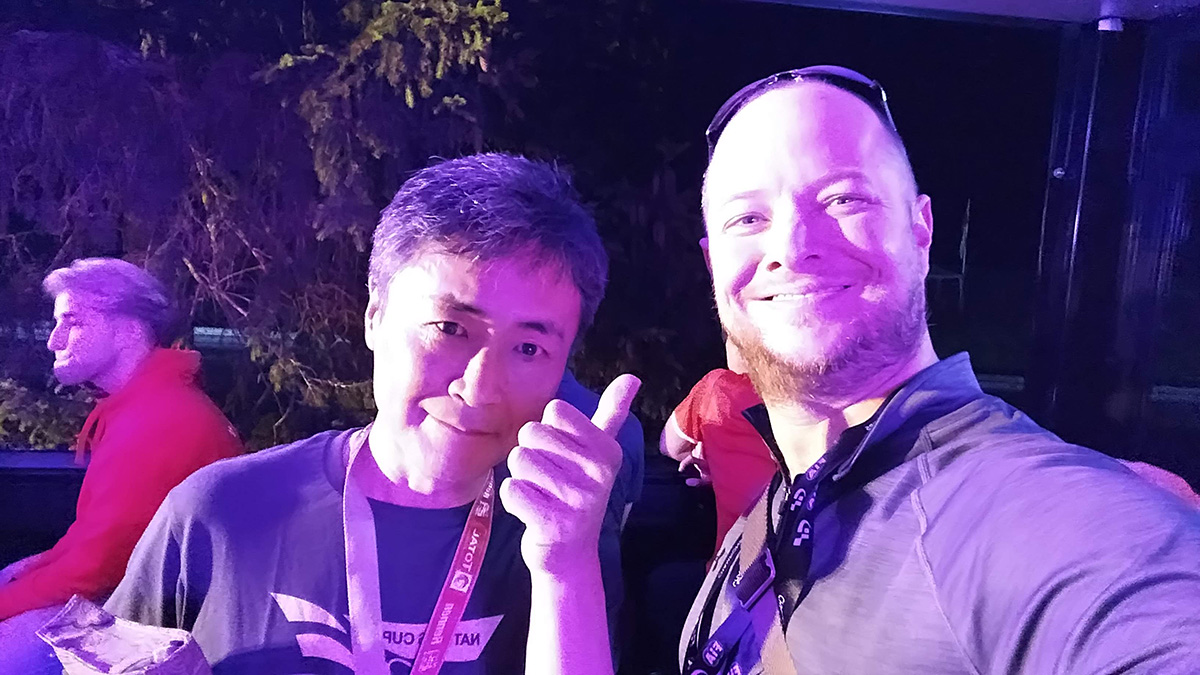 Some people ended up staying late into the wee early morning, but I had to catch a flight at 9:50am in Frankfurt.   By midnight, the race still had 15 ½ hours to go. By the time the race ended, I was already 30,000 ft over Newfoundland.