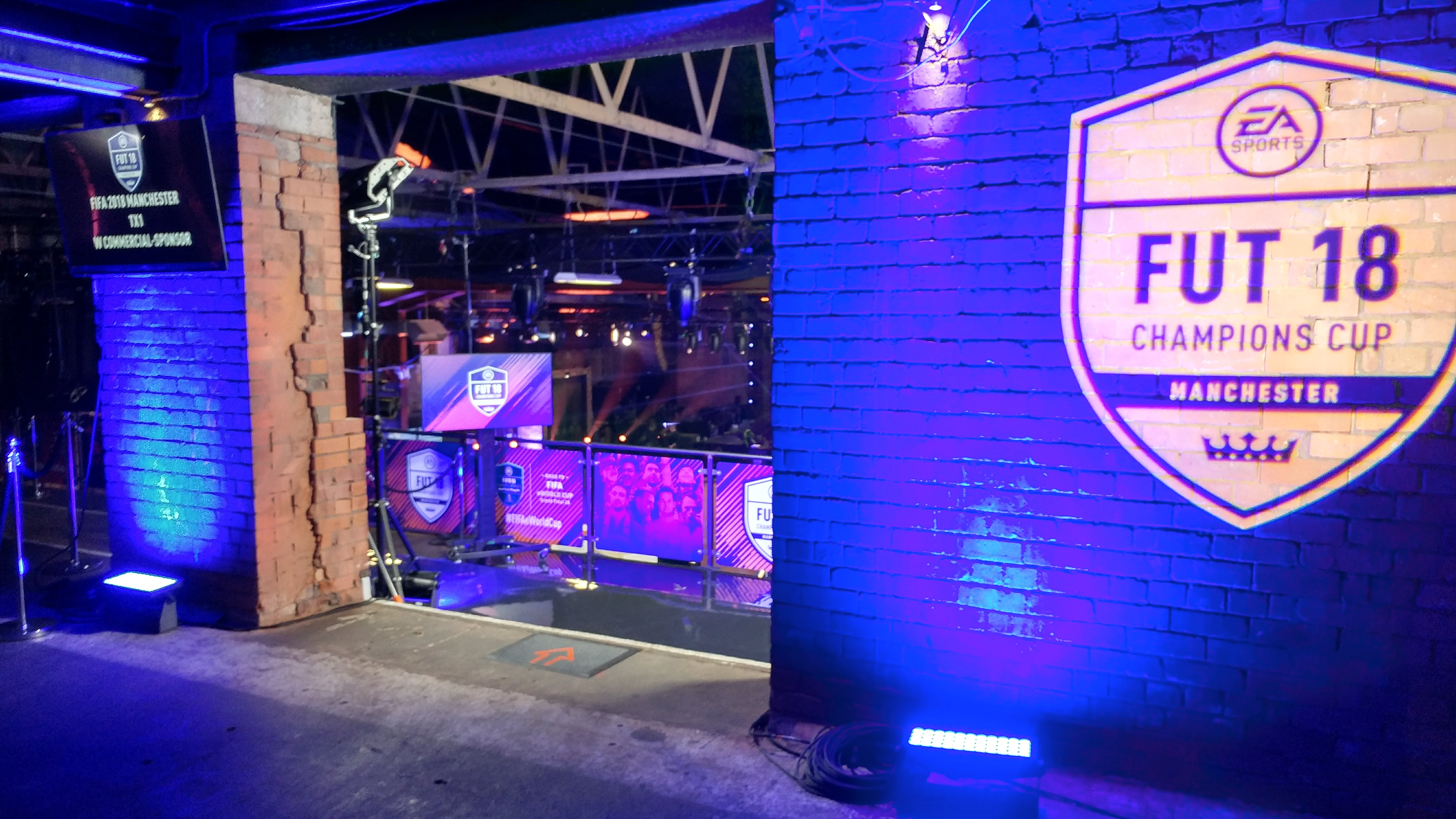 The 2nd leg of the eSports FIFA eWorld Cup Tournament took place in Manchester Apr 13-15 2018.  Once again Bannister Lake was hired by Boombox to assist with aggregating and moderating stats for the tournament using it’s powerful Chameleon platform.  This time around however, Chameleon was truly tested to its full potential.

Like the previous tournament, Chameleon was used as the central platform to aggregate data from game ops who entered in tournament scores and stats.  This includes individual player stats (games played, wins, losses, goals for and against, GFA/GAA and win order) and individual game stats (Games 1/2/ET/PK results, goals/shots for player 1&2).  And like the previous tournament, these stats were feeding 2 Ross XPression character generators to populate player and head to head boards throughout the tournament. This was done by using Chameleon’s restfulAPI Blade and Chameleon’s query module working with XPression’s datalinq tool using datalink keys.  This method allowed for the operators to enter a player’s name in a search box, which in turn called up all the players stats. 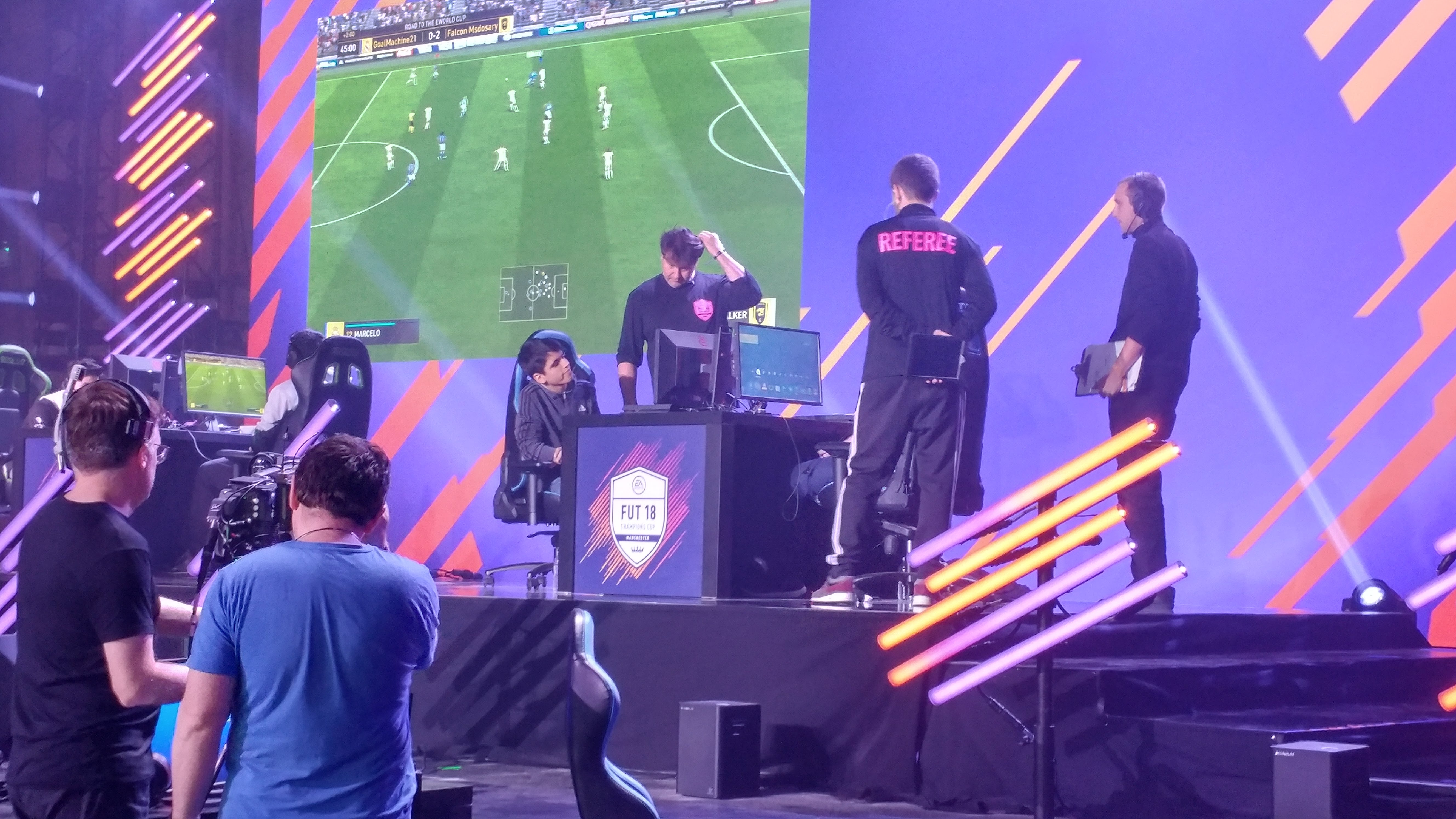 While Chameleon was responsible for populating templates in XPression, Chameleon’s own rendering engine was used during the tournament as well, in a form of an L-Bar.   In February, this L-Bar was used exclusively to showcase stats, social media and news items to the viewers, but this time, we’ve added a feature to display sponsors. 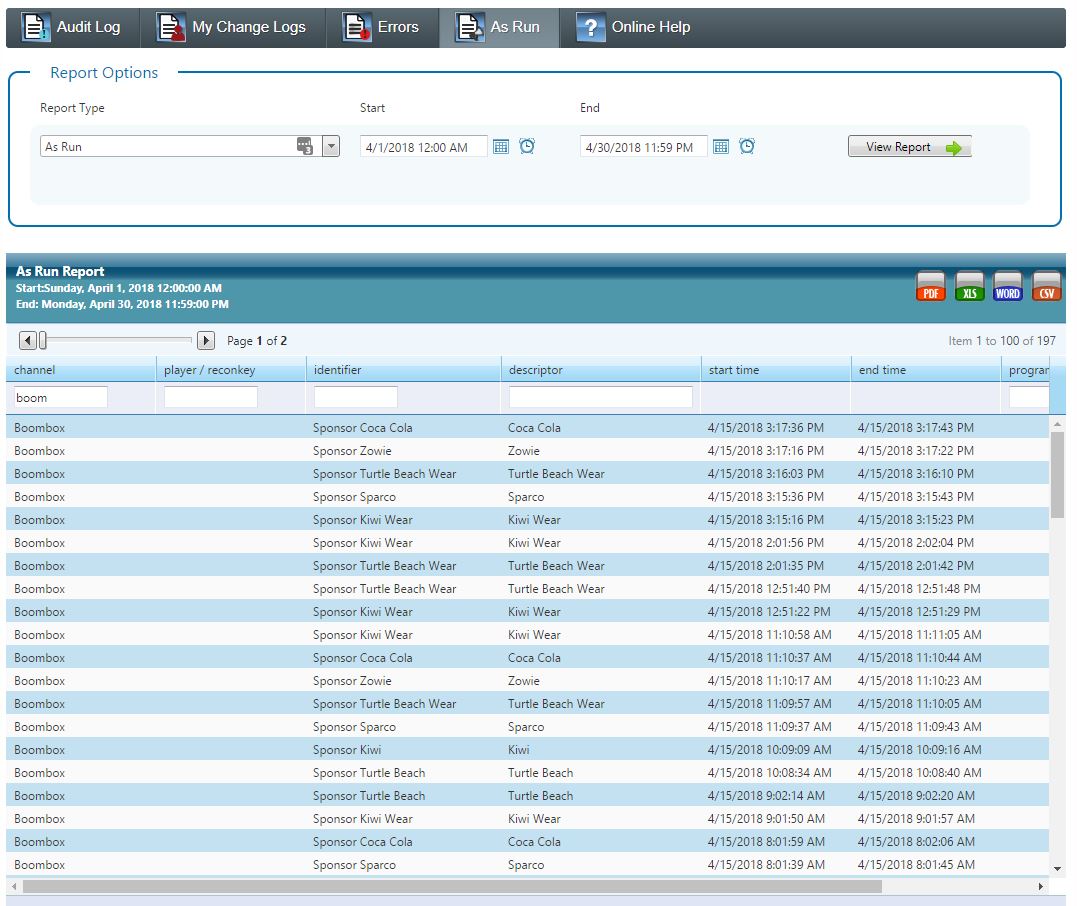 Because of Chameleon’s ability to provide AsRuns, we integrated the sponsors to be displayed on the L-Bar itself and scheduled the sponsors to appear on-air at a specific time during the day using Assets Schedule.  If the L-Bar wasn’t on-air during that particular time, we used Chameleon’s Switcher app to trigger the sponsor manually as well. At the end of the tournament, we handed off a PDF of the played sponsors and their duration on screen, providing another element for the production. 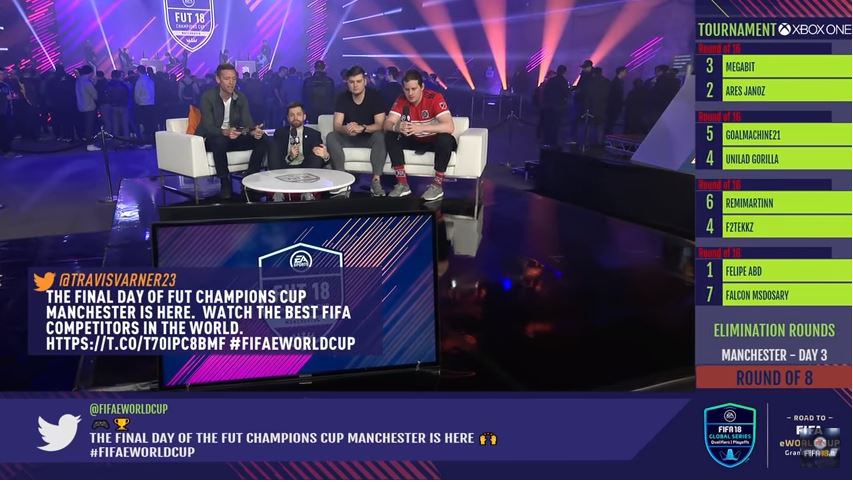 In February, the production and social media staff also used Chameleon to enter news stories and filter social media entries.  Like in February, the news entries being entered were used as an exclusive gateway to viewers watching, as oppose to simply relying on social media.  Only viewers of the show were exposed to in-depth analysis and on the floor reporting. The influencers and casters were responsible for entering anything they heard on the floor (using an iPad) and the social media team were responsible for approving those stories before going to air.

Some new moderation features were added to Chameleon to assist with production to easily search and filter through stats.   One in particular was Query Results which was used on air with talent to call up specific results. The host quizzed some of the casters with questions based on Chameleon’s queries, including top 10 goals-for players in the tournament, top 10 goals-against, and top goals-differentials, to name a few.

This wasn’t enough however, as Ncompass, one of two clients during this tournament, requested another feature be provided throughout the tournament in a form of digital signage.  Especially used during day 1 of the tournament when 128 players were competing on PS4 and XBOX consoles, the players needed an easy way to see where they were in the standings and who their next match-ups would be.  Using Chameleon’s channels, we provided two individual urls feeds (PS4 & XBOX) which were in turn used on about 16 monitors placed around the venue. Intel PC sticks were connected VIA HDMI with WiFi, and directed to open the urls in Chrome full screen. 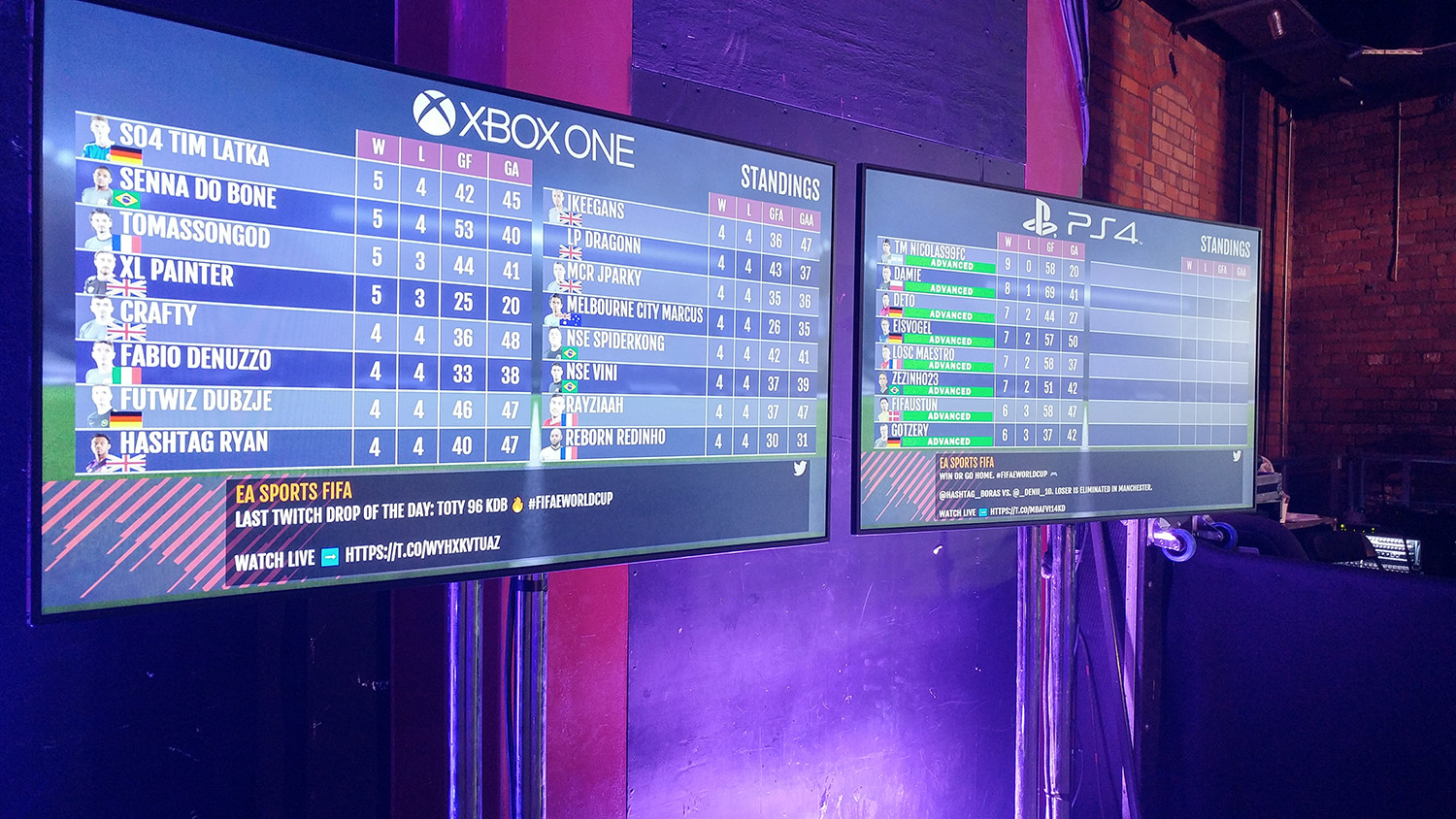 A bonus added feature for digital signage was a countdown clock, informing players of the next round in the tournament, and the ability to trigger announcement and messages using Chameleon’s assets module.   The messages were treated as snipes, able to trigger on/off manually or automatically based on their requirements.

To recap, our single instance of Chameleon, aggregated and moderated 128 players with their stats, with 473 games played, filtering and creating queries for the casters to monitor,  populated 2 XPression systems with dozens of templates, 2 Chameleon L-Bar tickers (one with and one without sponsorship enabled) and 2 separate feeds for digital signage populating over 16 screens at the venue.  All for less than $2,000.

There is a final leg to this tournament coming up at the end of May/June. 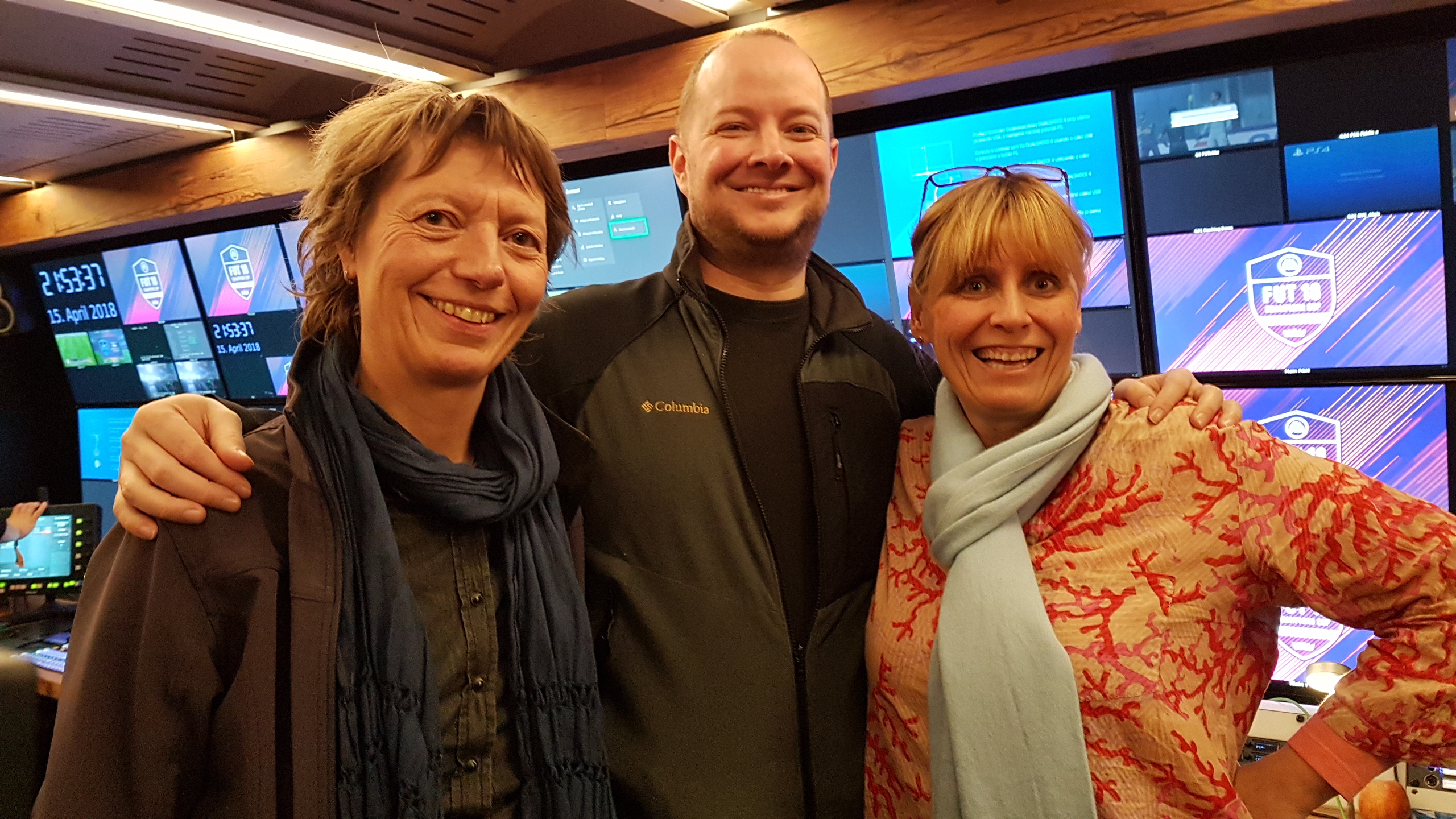