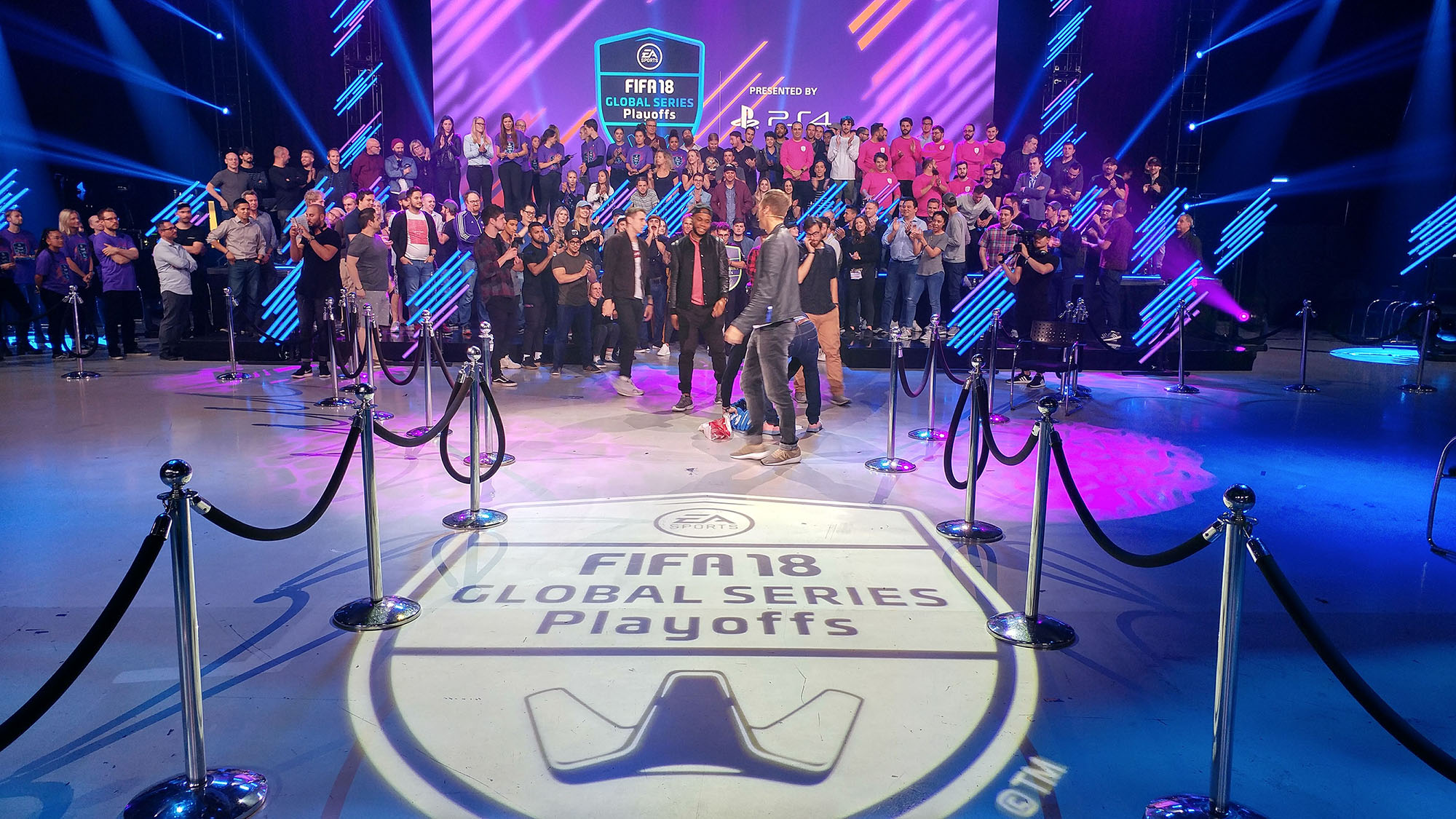 The final leg of the eFifa FUT Global Series playoffs took place in Amsterdam over 6 days at the end of May.  128 players from around the world competed against each other for a chance to not only win this tournament, but to qualify for the FUT Grand Finals taking place in London in early August. 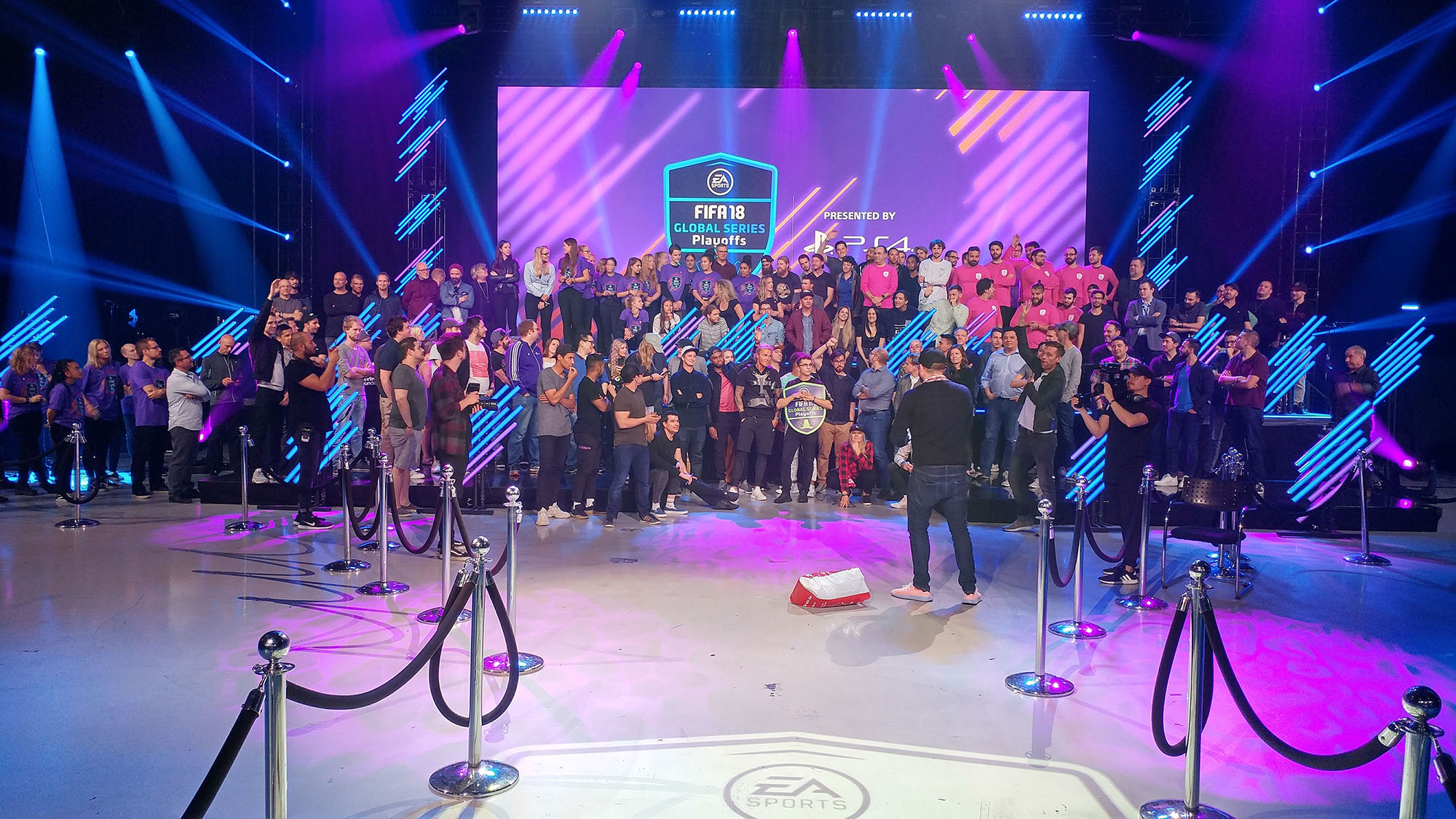 Once again, Bannister Lake was called upon to provide moderated data for in show broadcast, and the venue’s digital signage.

Since the tournament took place over 6 days, the requirements weren’t as complex as Manchesters’ tournament.  In Manchester, both Xbox and PS4 games were played at the same time, whereas in Amsterdam, only one console was played at a time.   This of course, didn’t diminish the quality of the production, but allowed us to focus more on the individual players and games.

The biggest achievement in my opinion comes from this; A typical hockey, or baseball, or basketball or even soccer/football game, has your typical production crew.  A mobile truck, with a couple dozen camera feeds, 3-4 EVS operators, Technical Director, CG operator, Audio A1 and a couple A2s, a Stats producer, Associate Director, Director and Show Producer.  But for those broadcasts, it’s still a single game, taking place over 2-3 hours.   An eSports tournament is hundreds of games with hundreds of players over 8-10 hours, but the broadcast demands and requires the same quality output as your single game/2-team format.

Some stats to ponder: 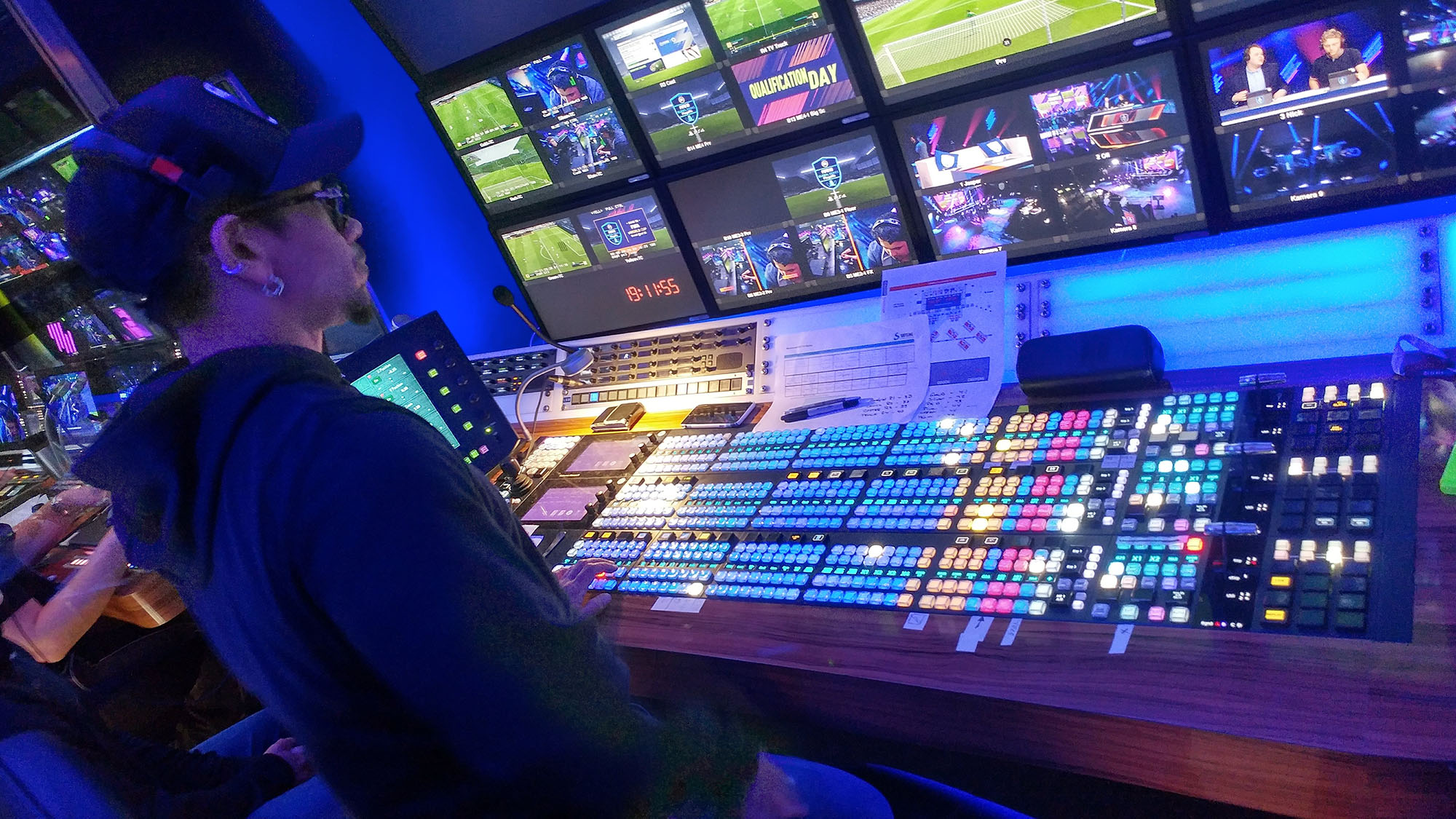 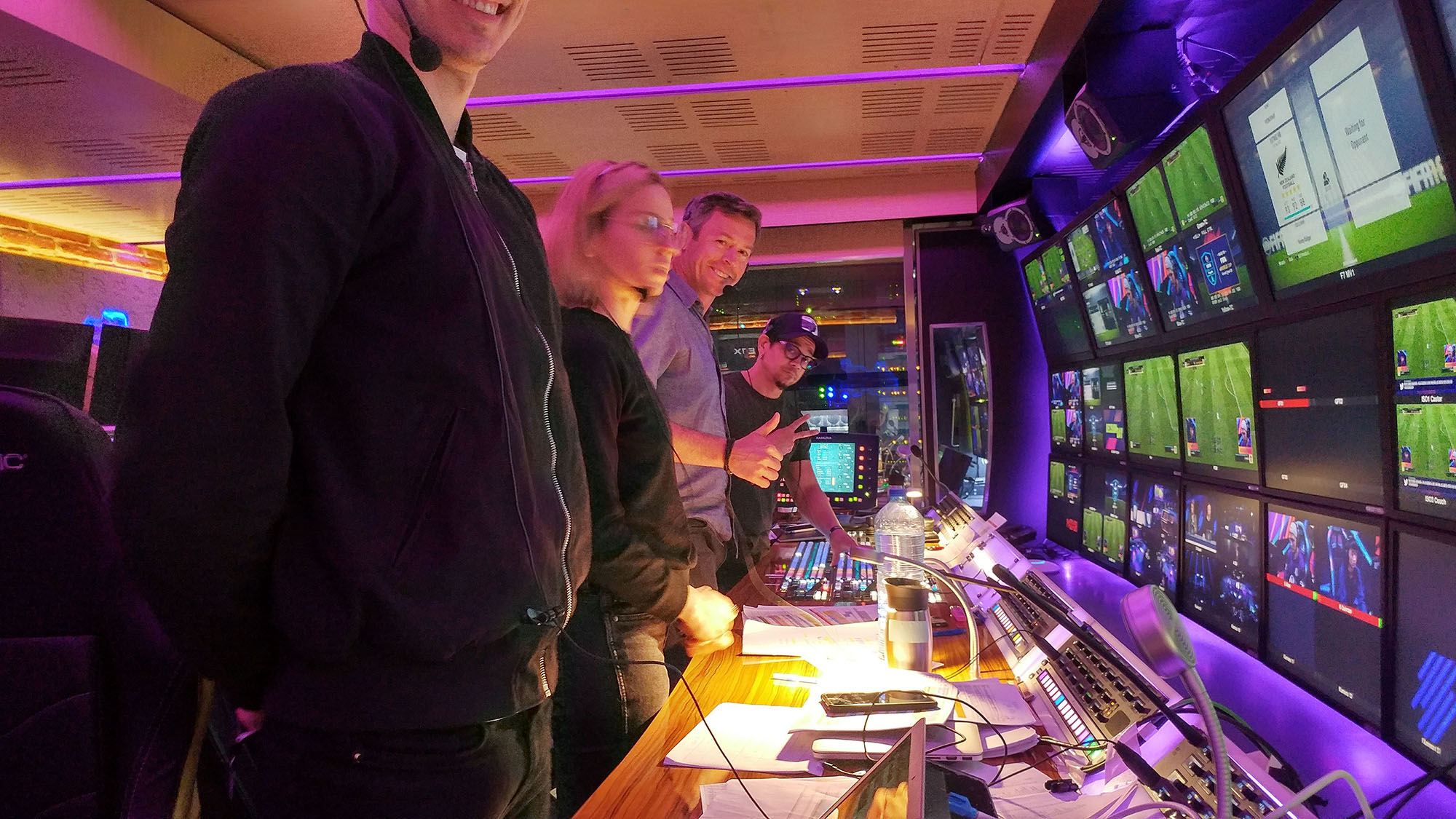 With eSports broadcasts being produced more and more, with viewership increasing over the million mark, production demands will require things to be extremely efficient.   Chameleon is just one of those tools that help make something like this possible.

Integrating the Chameleon into our Productions has super-charged the amount of info we’re able to communicate to our audiences.  For the past 2 seasons we’ve relied on the Chameleon architecture to power our onscreen info-graphics.  The system itself is very straightforward to integrate; Producers and Talent are able to update it in the heat of the action and most importantly –  using Chameleon has resulted in better storytelling, and more flexibility in how we tell those stories.

Bannister Lake wishes to thank Boombox Group for choosing Chameleon as their tool of choice for displaying and moderating the tournaments’ data.